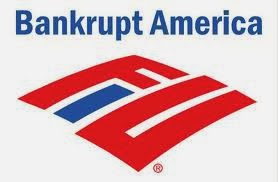 On July 8, 2013 the Court granted Bank of America's motion for an extension of time to respond.

The bank claims it's still investigating the matter. However, to further complicate matters for the homeowner, the bank recently sold the loan servicing on to a new company, Nationstar Mortgage LLC.

According to a subpoena issued by the homeowner's attorney, Nationstar will be questioned about it's involvement in the alleged contempt scandal in August at its Texas headquarters.

An Oregon consumer alleges Bank of America, N.A. illegally threatens to foreclose on her home, according to documents filed in the Eugene Federal Bankruptcy Court last week.

The homeowner alleges her second mortgage with Bank of America was wiped out in a bankruptcy reorganization back in April of 2010. Despite this, she alleges the bank continues to harass her family with personal collection calls and threats to foreclose.

"The bank says my attorney is wrong," she alleges in a filed motion to hold the bank in contempt.

Through a private consumer protection attorney, she seeks sanctions against the bank, an order holding the bank in contempt, and reimbursement of the prosecution expenses.

Chief Federal Bankruptcy Judge Frank Alley has issued an order to show cause why the bank shouldn't be held in contempt. A hearing is set for September.

Court documents allege Bank of America's CEO Brian Moynihan was served with the contempt papers June 18. The bank has yet to file a response.