Verizon Wireless recently settled allegations that it harassed a mentally impaired Portland man to pay a bill he didn't owe.


Without admitting liability, Verizon agreed to compensate the consumer $5,000 for his stress and apologized to him in writing. 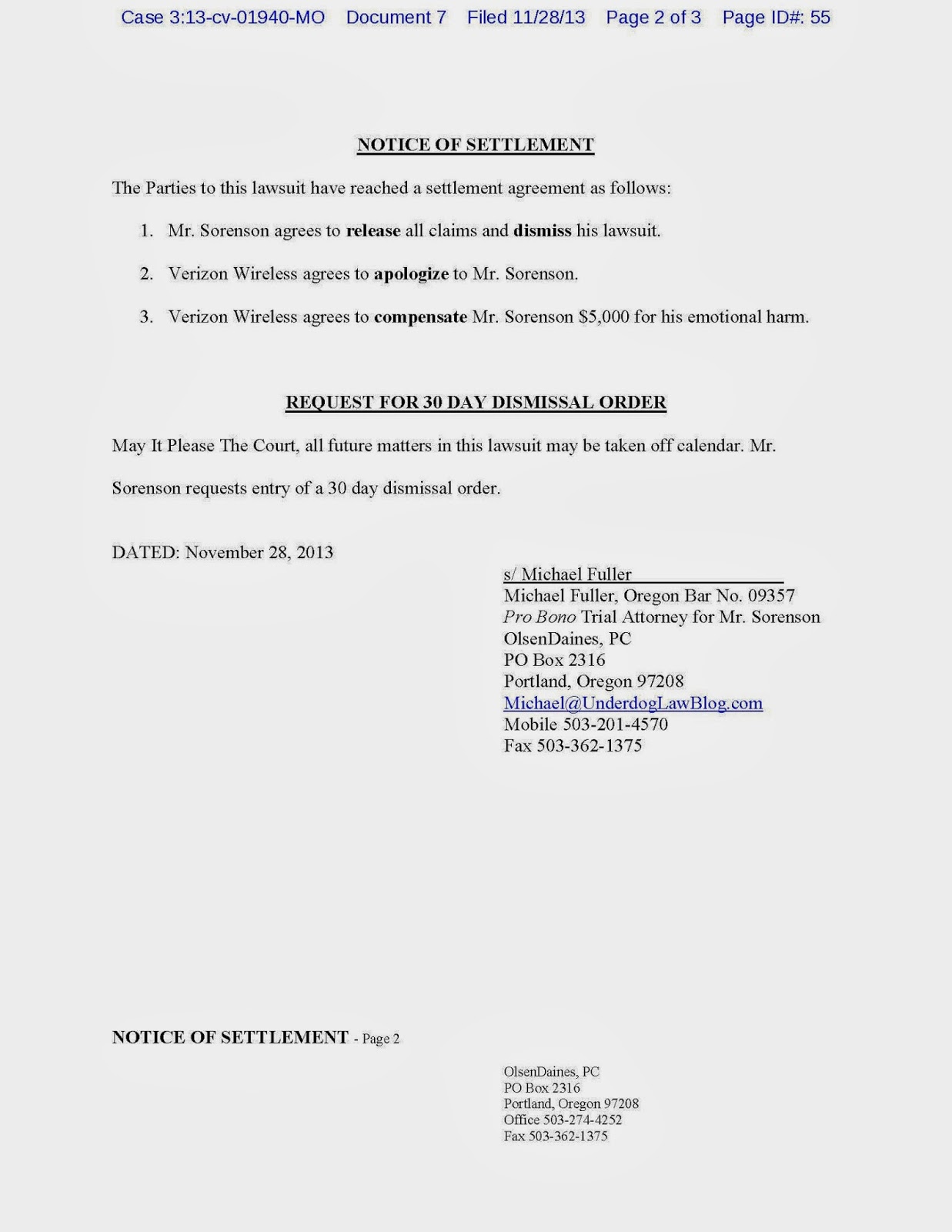 "The way I see it, Verizon did the right thing, and did right by my client," says the consumer's pro bono attorney.

On December 6, an order closing the case was entered pursuant to the agreement of the parties.