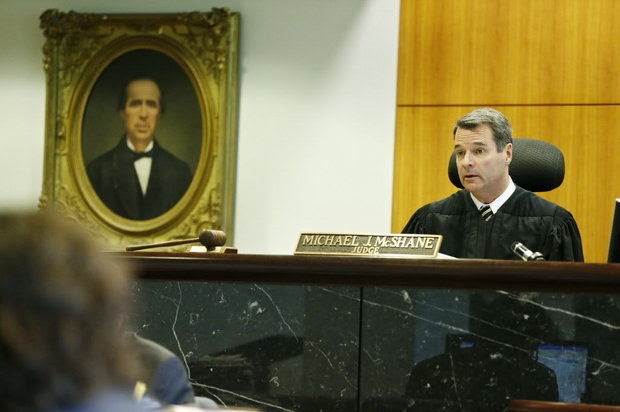 His highly anticipated ruling will decide the constitutionality of Oregon's ban on same-sex marriages.

If he rules in favor of Plaintiffs Ben West and Paul Rummell (below), thousands of other same-sex couples in Oregon will immediately gain the right to marry. 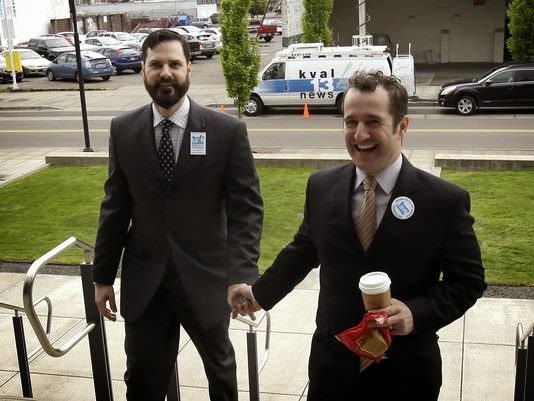 However, in all fairness, there's another aspect of his personal life that deserves equal attention.

I first heard Judge McShane speak at a volunteer event for the non-profit Classroom Law Project in 2012. At that time, he was a Multnomah County Circuit Court Judge in Portland. 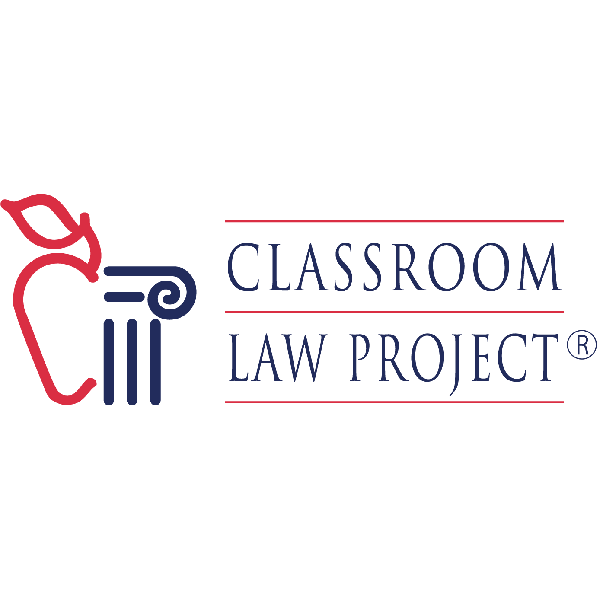 His inspiring presentation touched on the important of public service through law-related education programs. I remember being surprised that an overworked judge chose to make time in his personal schedule to actively volunteer with the project.

A few months later, I ran into Judge McShane unexpectedly.

In response to a call for volunteers in the Multnomah Lawyer magazine, Judge McShane showed up, ready to work on a Sunday afternoon to help feed Portland's hungry. 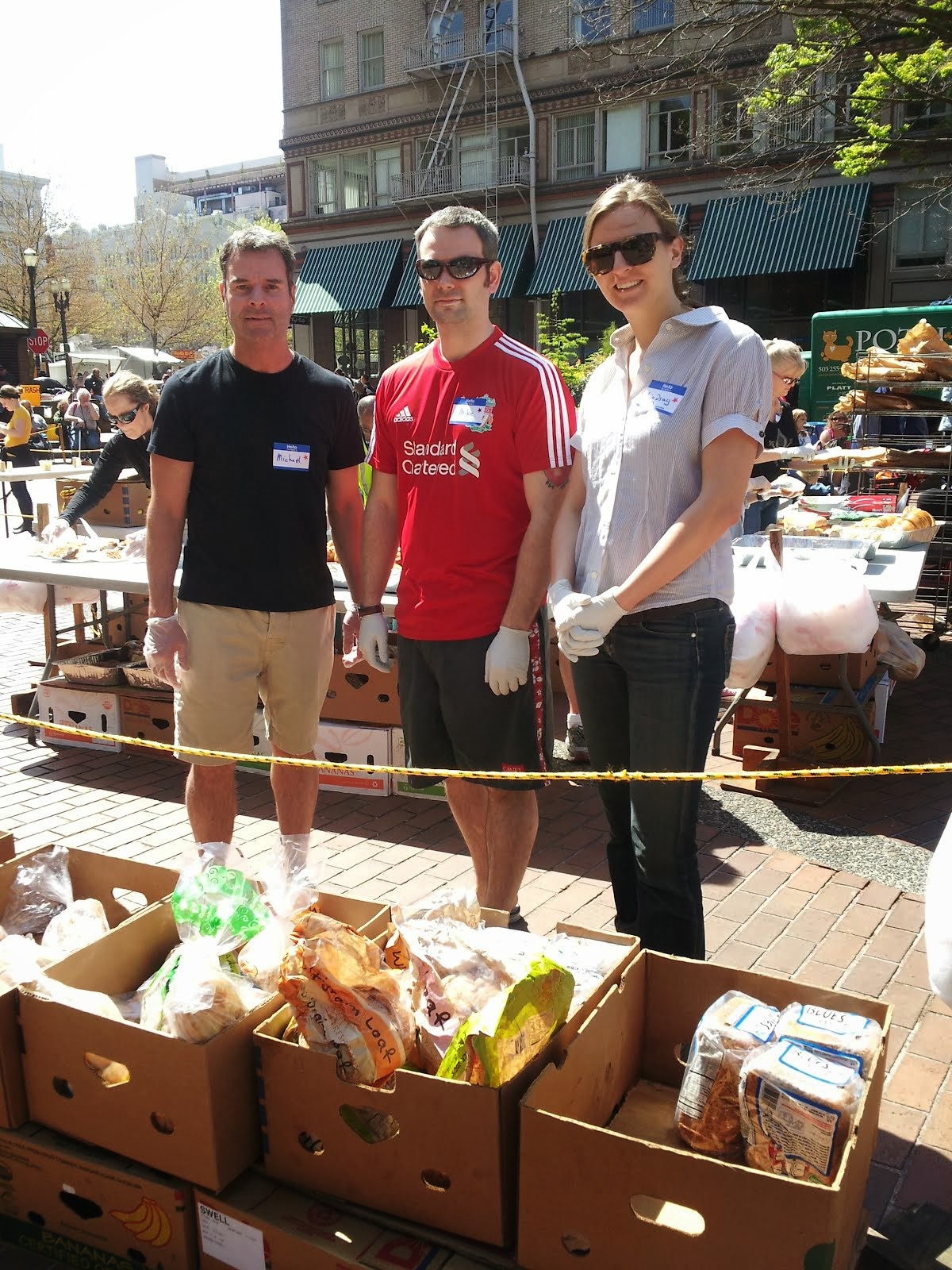 I don't know Judge McShane but my few interactions with him have been the result of his choices to help others in his personal time.

If Judge McShane's personal life receives attention in light of his historical ruling today, I'm hopeful it includes mention of his quiet, steadfast dedication to public service.
Posted by Unknown