For the second time this year, the Ninth Circuit upheld the rights of corporate defendants to remove state court lawsuits to federal court under questionable circumstances.

Yesterday, in Smith v. Mylan, Inc. the Court held that the one-year diversity removal deadline is not jurisdictional, and may be waived.

How does removal work?

Certain lawsuits that qualify under 28 U.S.C. § 1441 et seq. may be removed by defendants from state court to federal court. To learn why corporations prefer federal court, click here.

However, if a lawsuit doesn't qualify for removal when it is filed, and is later amended to qualify for diversity jurisdiction, the case may be removed within one year after the original filing date. See § 1446(c).

Diversity jurisdiction in this context may occur when out-of-state defendants are added or dismissed from a lawsuit after it is filed. See § 1332.

What is the impact of yesterday's holding?

Unless you've sued an out-of-state corporation, the holding has no impact on your case.

Even then, the holding is only relevant if your lawsuit adds or dismisses an out-of-state defendant more than one year after filing.

And even if that rare scenario, all you must do is timely object by filing a motion to remand the case back to state court.

In the Smith case, the consumer didn't object to the corporation's late notice of removal. When the district court judge filed his own objection (called 'sua sponte'), the Court of Appeals reversed him.

The Court of Appeals held the one-year requirement under § 1446(c) is not jurisdictional, meaning the requirement may be waived if a consumer fails to object. For this reason, the Court held the remand was improper.

I rarely deal with removal issues because I'm a plaintiff's lawyer and almost exclusively file cases in federal court. That being said, the two golden rules I remember about removal issues from law school are:

(1) orders to remand are generally not reviewable, and
(2) federal courts must always maintain subject matter jurisdiction.

Both of these rules run contrary to yesterday's fairly unique holding. Before reading the opinion, and having never reviewed the legislative history on point, I might have sided with the district court judge. 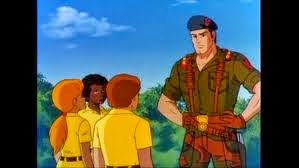 But now I know, and as they say, that's half the battle.
Posted by Unknown